Ha. Ha. Ha. Sorry for the bad Frankenstein reference, but I have been working with Notte Oscura again. For those not familiar, that's the theme park from Frank and The Werewolf Tamer.

Anyway, I just realized that I've only blogged ONCE since the New Year started and thought, "Holy crap! People will think I'm dead!" LOL

So, I'm not dead. Try to control your disappointment. (Yes, that's a joke.) I got an early start today and I'm feeling really good. Already finished my workout, cleaned the house, and got at least one cup of coffee in me. Now, I just need to write something.

Oh, and that brings me back to my point. I'm pinging this morning like an old game of Pong. LOL

I have been working so hard that I've forgotten to blog! Here's an update on what I've been doing. Some of it is work/writing related, some isn't.

The Bound by Blood series is complete, and is now being released in serialized installments of 40-20,000 words each. Here is the release schedule and current books available for those interested. Each segment will be 99 cents.

Book One, Oriana's Curse is out now and Book Two, Demon's Embrace is up for pre-order. Just click the images for more information. 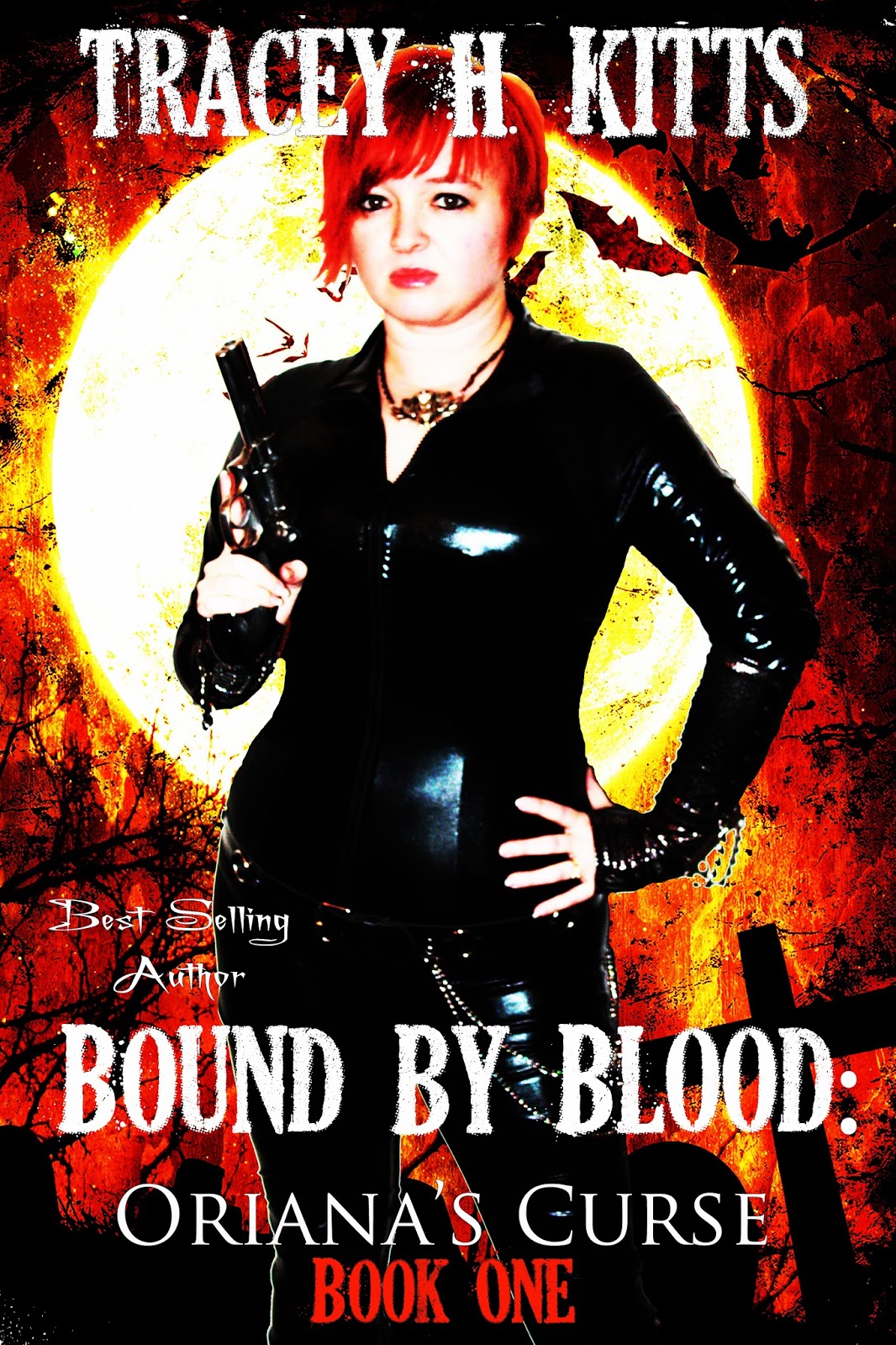 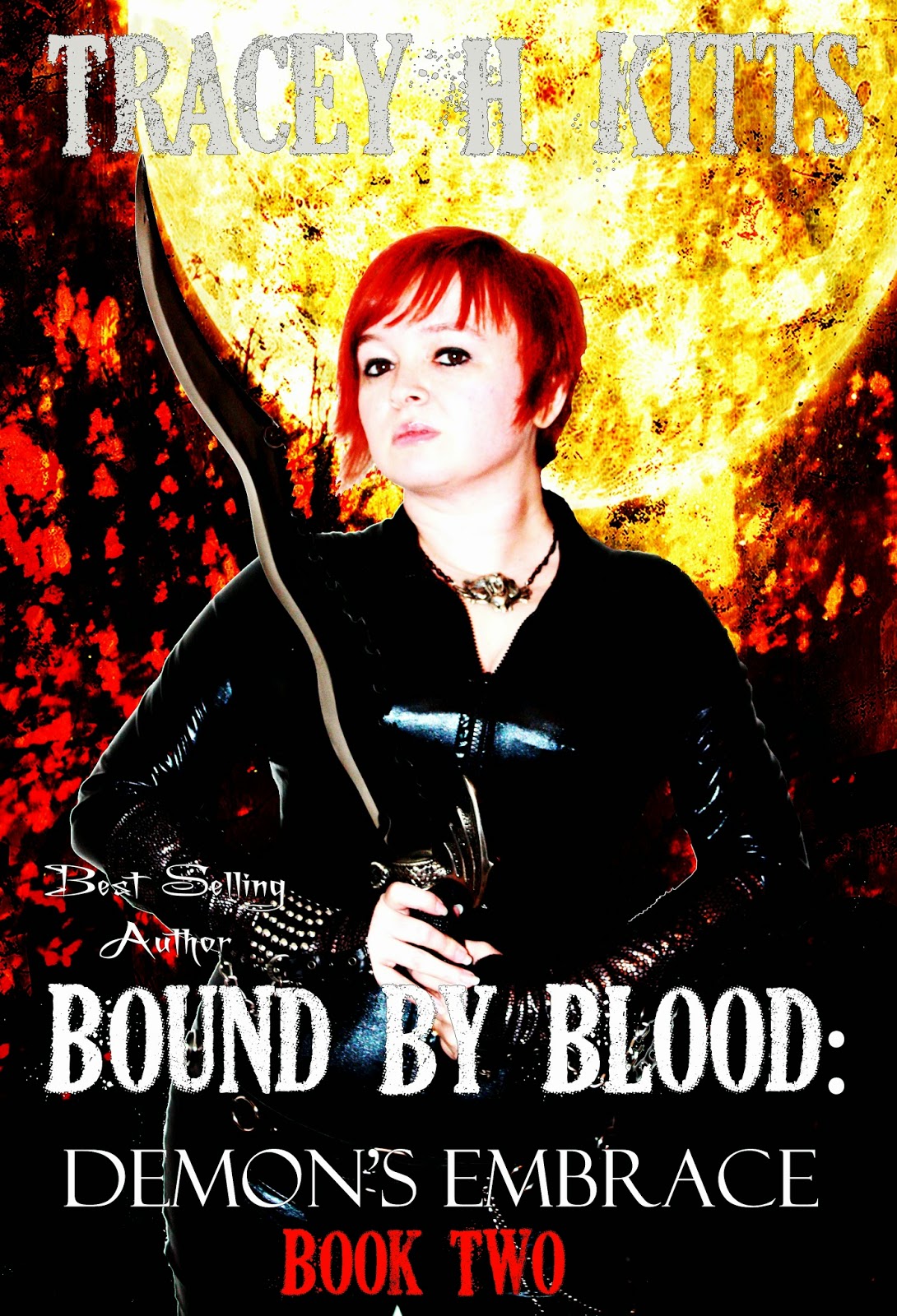 Other than making sure that this series was fully edited, along with all the other things that happen before a book is released, I've been writing new stuff.

I just finished a novella called Sacrifice that will be out sometime in October. It will first be part of an anthology (more news on that as the date gets closer) and then released as a single title. I still have a lot of work to do on this one, but the majority of the work, and the basic story, is finished. Yay!

I'm about halfway finished with another novella, though this one will be longer, that returns to Notte Oscura. I've gotten a lot of requests to write more in the same world as Frank and the Werewolf Tamer. This story has been a reader favorite ever since its release in 2011. Now, finally, a new story is going to happen.

The title for this one is Night Touch. It is about a woman who has visions based on touch, skin against skin contact. She comes to Notte Oscura to escape her nightmares one night and meets Kurtis. Lots of familiar faces (because I see them all so clearly) are returning in this one.

Night Touch will be released this fall as part of a Carnival series. More details on that later as well. I can say that many other authors are involved in this one, not just myself. And of course, I think it will be amazeballs. Wow. I just said amazeballs. Maybe I've had too much caffeine. LOL

Anyway, once I finish Night Touch and get it off to my editor, I'd like to write another series. No promises on this at the moment as I've barely made any notes at all. But, my muse is going crazy with new ideas. I'd really like to write a series that delves more into fantasy creatures, dark faeries, mythology, and all that good stuff. If anything comes of it, I'll be sure to let you all know.

In the meantime, just know that I am working my butt off.

I've also been doing a lot of gardening. Good grief this post is running long. Ha. Ha. I'm doing a lot of projects around the house. Fixing things up, trying to improve the landscape, etc. Sure, I could hire someone, but I really need the exercise and I enjoy the work.

Speaking of exercise, I'm trying to incorporate more into my daily life also. I had gotten so focused on work that over the holidays I completely stopped working out. Ugh! I hate it when that happens. Now it's time to break the bad habits of eating junk food and sitting on my ass.

Okay, I'm going to stop rambling and get back to writing Night Touch and drinking coffee. Have a good one!

Hot For the Holiday! Multi-author sale! 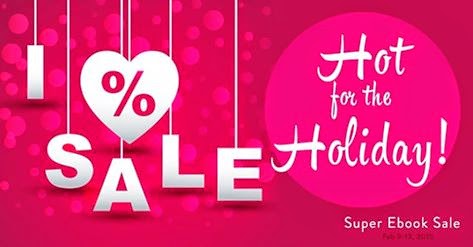 February 9-13!!
*Some titles sale dates vary. Some are Amazon US only. Be sure to check the vendor pricing before you buy.Vendor price is final. Some titles are part of Kindle Unlimited!
So many deals to be had! Be sure you scroll through them all!

Including my books Frank and The Werewolf Tamer and Dracula: In the Flesh.