CAFFEY! Congratulations, you just won the tripple goodie bag for March:) Send me an email at tracey h kitts AT yahoo DOT com and let me know where to mail the prize:)

Thanks to everyone who entered, there are lots more contests to come!
Posted by Tracey H. Kitts at 10:47 AM 2 comments:

Maybe so, because that's what's been in my head lately. LOL Sorry I haven't blogged for a few weeks. I've been having a lot of allergy problems and battling a sinus induced migraine. Blah.

But other than that, things have been going pretty well. I'm still working on Wicked City, though I haven't had the time to work on it as much as I'd like. I told a friend of mine the other day that when I finally finish this story it will be my masterpiece. At least ... until I write something else. LOL Seriously, I do think it is turning out to be a wonderful story. Wicked City is one of the darkest things I've ever written. It has strong Gothic overtones and even though it is graphically violent, it has some of the most passionate sex I have ever written.

Aside from working on my latest book, I've been reading the adventures of Vampire Hunter D (which I have loved since I was a child) and playing Tenchu Stealth Assassins. LOL Growing up is overrated.
Posted by Tracey H. Kitts at 4:56 PM 2 comments:

Guest what guys? I'm featured in this month's Brass Spectacle Magazine! *Go me, go me. It's not my birthday.* LOL
The Brass Spectacle Magazine
Okay, I'll stop dancing, but I refuse to take off the purple hat. Anyway, the short story I have featured (and mentioned on the cover) Wooo! is called Bitten. This is actually the introduction to the novel Bitten, which was released just last month:)
So, if you like it (short story) then you can visit http://www.traceyhkitts.com/ and find out how to purchase the full novel. Pretty cool, huh?
Hope you like it:)
Posted by Tracey H. Kitts at 10:38 AM 3 comments:

The Dread Moon is in print 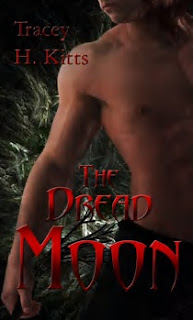 The beast inside of her demanded some sort of satisfaction, and Lilith knew just where to find it. Sensuality: CARNAL
http://www.newconceptspublishing.com/thedreadmoon.htm
Books one and two in the series are also available by clicking the link that says "view author's other titles."
Thanks for your support:) I really appreciate everyone who has helped to make Lilith Mercury a success and I hope you continue to enjoy her adventures.
Posted by Tracey H. Kitts at 5:43 AM No comments:

That's what I feel like ... like I'm coming undone. My mind is raveling out at the edges and soon there will be only a few threads left. Shreds of sanity. I know that with times as tough as they are right now that I'm not the only one experiencing problems. But when you're faced with crap day after day, it can feel that way sometimes. I just feel ... lost.

I recently took another part-time job, but it looks as if I'm going to get royally screwed out of that too. *sigh* Just when I thought something was finally going to go my way. Sure, book sales are up. But I'm still new to the publishing world, people haven't really had a chance to hear about me. Mostly because I can't afford to advertise. And F***ing pirates are robing me blind.

I love to write, it's my dream. For a few minutes I feel free. When I put words onto the page it's like the rest of the world magically disappears and I get to go someplace that I'd never get to go otherwise. When I write I get to be who I truly am and experience what I was meant to do with my life. But I really can't afford to do that for free. Struggling as I am financially it enrages and at the same time breaks my heart to see my work ripped off so blatantly. It just makes it worse that I'm so broke. And it makes me even more depressed.

No matter what I do I can't seem to catch a break and it's really starting to take a toll on me. The story I'm working on now is so good. I think it's really some of my best work. But every time I try to work on it something else happens. Something sets my emotions in turmoil and the mood is lost and I can't write for at least a few hours, sometimes days .... Will I ever finish it? I hope so because I'd love to see what happens. Will the rest of my life hold off on catastrophes long enough for me to do that? Who knows.

I realize that I'm not the only one with problems and I'm not the only writer out there facing these kinds of issues. But it makes me feel better to write about it. To reach out with my words whether anyone understands or even cares what I have to say. It's therapy for me. And I readily admit I need it.

I'm a fighter by nature, but I've never been so close to throwing in the towel. I never expected being a writer to be glamorous. I never had delusions of living like an actor. But I didn't expect that people would steal hundreds of dollars of my income, which I badly need, and not even give a damn about it. You know, technically, since I give 10% of all my royalties to St. Jude, they are stealing from those kids too. If you just want to get nasty about it. I hope some ebook pirates read this and it makes them feel like crap. Not only am I going under, but they are stealing donations from children in need. Suck on that for a while.

As far as the second job business. I give up. I'm going to continue to look, simply because I don't know what else to do. But there's nothing out there. And nowhere where they won't stab you in the back. It only took this new place two weeks. Hell, that's a record even for me. I won't get into all of it and I won't name names, but I will briefly explain what happened. I was hired (out of nowhere) for a job and I was being trained for a higher position. After two weeks, suddenly a woman who had previously quit called up and gets her job back. You guessed it, the position I was being trained to do. Their excuse? We needed someone who was already trained. Bullshit! What were they doing with me then? Wasting my time, that's what. So now my hours are cut AND I don't get the position that I was told was already mine. Ain't that some crap? Who the hell just calls up and says they want their job back? Something is dirty there. You don't quit and then just "get" your job back. Something is not right.

But that's the hell I'm in at the moment and the main reason that I'm so depressed tonight. I'm trying hard not to have a panic attack, wondering what I'm going to do now. Without the money to advertise, no one will ever hear about me ..... and I can't afford to do anything but write .... with piracy being what it is ... I really can't afford to do that much longer.

Unless something changes drastically and very soon .... I'm screwed.
Posted by Tracey H. Kitts at 6:11 PM No comments:

Alright gals and gargoyles, I'm giving away another goodie bag:) Only this month, it's a TRIPLE goodie bag. We've got a sample CD from author Janet Lane Walters along with TWO baggies full of promo items from other authors of all sorts of genres.

So, leave me a comment on this post and you'll be entered to win:) I will draw a name near the end of the month. Have fun!
Posted by Tracey H. Kitts at 9:56 AM 8 comments: