Have a HOT Howl-O-Ween! 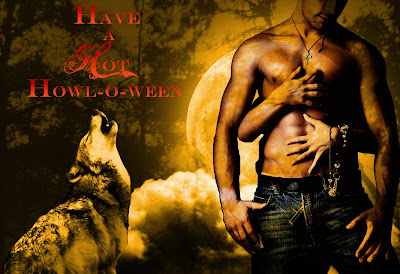 Looking for a hot read of the shifter/magical kind this Halloween? These stories have it all. 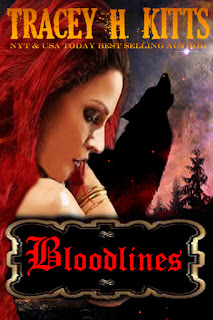 When night falls and the moon is full, the hunt calls to her.

Tasha is a fără magie, a magical type of born werewolf. Since the death of their last alpha she has distanced herself from the pack. The problem is the new alpha, Blake, wants her for his mate and he won't take no for an answer. Could Damon, the sexy new faerie in town, be her savior? Or could she be his?

**Warning: Contains a fae prince that will make you want to search your garden for faeries.** 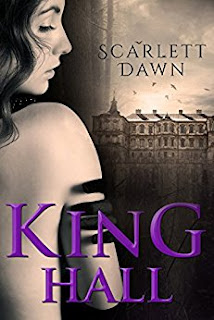 King Hall -- where the Mysticals go to learn their craft, get their degrees, and transition into adulthood. And where four new Rulers will rise and meet their destinies.

Lily Ruckler is adept at one thing: survival. Born a Mystical hybrid, her mere existence is forbidden, but her nightmare is only about to start. Fluke, happenstance, and a deep personal loss finds Lily deeply entrenched with those who would destroy her simply for existing -- The Mystical Kings. Being named future Queen of the Shifters shoves Lily into the spotlight, making her one of the most visible Mysticals in the world. But with risk comes a certain solace -- her burgeoning friendships with the other three Rulers: a wicked Vampire, a wild-child Mage, and a playboy Elemental. Backed by their faith and trust, Lily begins to relax into her new life.

Then chaos erupts as the fragile peace between Commoners and Mysticals is broken, and suddenly Lily realizes the greatest threat was never from within, and her fear takes on a new name: the Revolution. 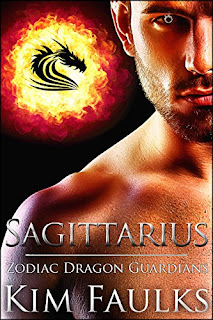 3.99
AMAZON
Dark, Sexy. Powerful. This Zodiac Dragon Series will scorch the pages.
Lucas is the sixth of twelve Guardians. Dragon-born in the sign of Sagittarius, he carries all the traits of his sign—the good and the bad.
He's honest, outspoken, and can spot a lie from a mile away. So when the Vampire Prince pledges allegiance to the Guardians in hopes of keeping his sister and his clan safe, Lucas becomes uneasy.
Something isn't quite right with the Vampire Princess, nor with the tale her brother has told, and as the Guardians plan their wrath on those who've harmed their kin, Lucas starts to uncover the chilling truth, and finds a vicious immortal who rivals the Huntress herself.

Princess Eva Nicholi of the Shadistin Clan is a survivor, and she's lived with the secret of her father's fight to save her from the Huntress for the last five hundred years. She'll stop at nothing to keep her past buried—along with the bodies she's left in her wake—and as Lucas nears the truth, she knows only one way to protect those she loves—seduce and destroy.

Lucas may escape with his life.
But his heart is another matter altogether. 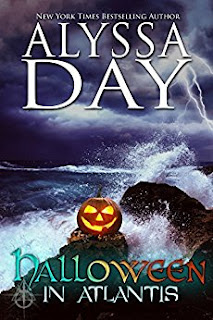 A Halloween treat from New York Times and USA Today bestselling author Alyssa Day.
Now that Atlantis has finally risen to take its place on the world stage, the Atlantean warriors are having to face some new and interesting dangers -- like Halloween parties.

Arrogant warrior Liam doesn't understand the beautiful, bubbly human whose entire function in life appears to be to plan parties, but he can’t seem to keep away from her, either. Jamie, who considers herself to be completely unflappable--the hallmark of a great event planner--doesn't understand why the far-too-serious Atlantean manages to get under her skin with every single encounter. Even if he is the sexiest man she has ever seen.

When the two of them are thrown together to solve a mystery surrounding the queen's stolen jewels, sparks fly, secrets are revealed, and Halloween has never been hotter.

This novelette (longer than a short story, shorter than a novella, at 53 pages & a little over 16,000 words) is perfect for reading on a coffee break - or in between handing out candy to trick-or treaters. 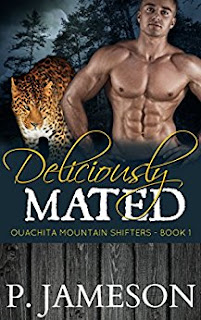 As head chef for Lake Haven Lodge, Eagan Masters spends his days cooking warm and hearty meals for his clan and their guests. His nights however, are spent in his cabin, cold and lonely. There's no mating for the big cats. He's accepted it, but no amount of time in the kitchen can keep his heart from craving someone to call his own. When food and other supplies go missing from the lodge, he sets out to reveal the thief. But without a scent to track, he begins to wonder if Lake Haven has a ghost.

Clara Destacio is a ghost. Not literally, but if you count the way she can sneak into houses, get what she needs, and leave without a trace, she might as well be invisible. Years ago, a tragedy left her seeking solitude. Exchanging her friends, family, and cushy lifestyle for the quiet simplicity of a rough camp in the woods has helped her deal with what happened. But surviving sweltering summers and frigid winters in the Ouachitas means she has to take what she needs from those who have too much.

Clara finds Lake Haven's lodge and the abundance it offers, and realizes she's stumbled onto a gold mine. But when someone starts leaving her food so she won't have to steal, the guilt she's been running from catches up with her.

***Book 1 of the Ouachita Mountain Shifters series, which is a spin-off of the Dirt Track Dogs series. To experience more of these characters, read the prequel, A Mate's Wish, or the Dirt Track Dogs books.
***Contains adult language and explicit sex scenes. Intended for mature audiences only.

Halloween drinks to die for

I was just sitting here thinking, "Hmmm. What's something fun to blog about for Halloween. And what would people likely be doing besides giving out candy?"

My first thought, going to parties! LOL Well, whether you're at a party, throwing your own party, or giving out candy, or all of the above, you can add one of these drinks to your celebration and crank it up a notch. Personally, I recommend the Zombie Apocalypse. ;) 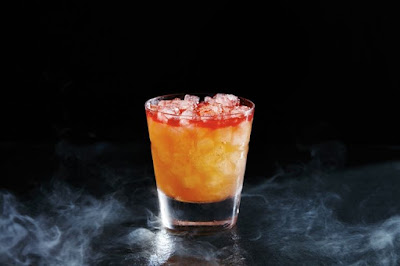 I'm sure Harry Potter fans like me will love this one. 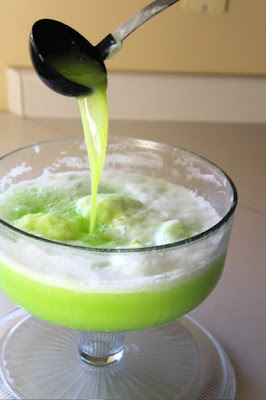 Ingredients should be mixed to taste, and according to how much you want to make. 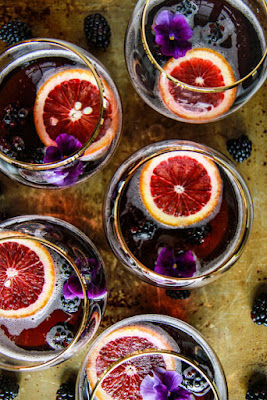 This one makes enough to serve at a party.

1. Stir all ingredients together in a large pitcher or punch bowl filled with ice.
2. Add your garnish (and blackberries) and serve immediately.