What I do to relax

At the moment, I've paused writing the 7th book in the Lilith Mercury series in order to work on a short story. The short titled, "Beautiful Nightmare," is for an anthology and I'm really looking forward to seeing how it turns out.

Unfortunately, I haven't had that much time to work on it. As I've mentioned before, my life can get pretty hectic. Today I have had so much silence that it's a shock to the system. LOL I am so grateful for this time alone. I've caught up on cleaning, written a bit further on the story, AND I had time to make another dance video.

I know some people may not get why I do these dorky videos. It's like this, music helps me relax. It lifts my mood and takes me to another place. Sometimes, it's even the place I want to go. The more music I listen to, the more I want to shake my butt. It's that simple. So, here's what I've been up to when I have a moment to myself.

This one I made last week in celebration of 6 months on the best sellers lists. :) Plus, this was the first time I'd had to myself in several weeks. That was also cause for celebration. LOL


And this is the one I made this afternoon. Why? Because I needed a mood boost. It felt freaking great to just turn on the music and dance for no reason other than I wanted to. This was also my first moment alone since last week.

Now, I've got to get back to that short story. I left The Boogeyman about to get naked. LOL

I wanted to take a minute to answer a few more questions that I get asked pretty frequently. But first I'd like to say, please, don't mistake my meaning. None of this is to be rude in any way.

I get asked fairly often if I will read or review someone's book. The truth is, I simply do not have the time. It's not that I don't care. Right now, I'm writing two books. That is a lot of work and takes a great deal of time. I'm also making notes on future projects.

I barely have a moment to myself. So, when I say that I do not have time to read or review someone's work, I'm not being a jerk. I'm telling you the truth.

Aside from the fact that my time is limited, reading others works and offering critique opens up a HUGE legal issue.

I've known authors who were kind enough to do this for other people. Then, when they had a work published on down the line, the person whose work they read SWORE that they stole the idea from them. It didn't matter that the book published was drafted long before they read the other person's work. To be blunt, I don't have time for that either. LOL No one needs that kind of stress in their lives.

Like I said, none of this is meant to sound rude or harsh. I just want people to know my honest reasoning. I am very flattered that anyone thinks I'm qualified to look over their work, or that they would value my opinion. That is awesome. I simply do not have time. I hope everyone can understand that.
Posted by Tracey H. Kitts at 4:58 PM No comments:

THK: What genre do you write? What drew you to write in that genre?

DE: I started out writing paranormal and wanted to see how well I would fit in other genres. So I wrote a Sci-Fi novel, which I thoroughly enjoyed, and I also wrote a detective/mystery story, but honestly the paranormal is where I am most comfortable.

THK: I mix sci-fi with paranormal all the time. LOL I've started to just call them all paranormal. How many books have you written?

DE: I’ve written five but I’ve only published four of them. Soul Travelers, Second Chance, Homeless, and Death Shroud are the ones I chose to publish.

THK: What would you say is your most interesting writing quirk? 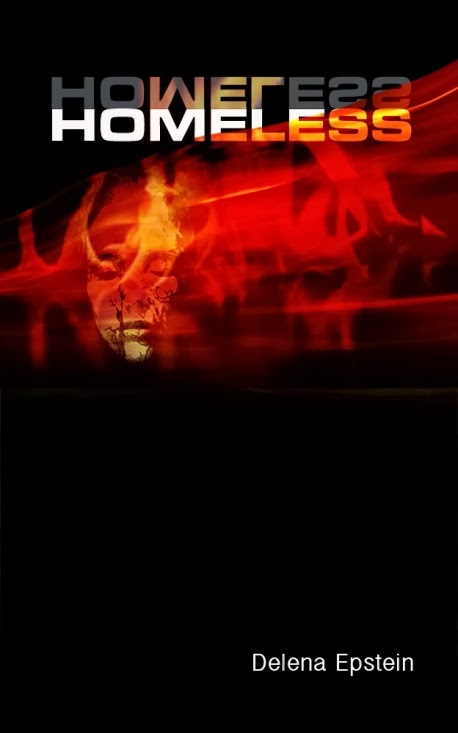 DE: I write in my sleep, no joke, I will wake up in the middle of the night, grab my pen and paper to write down a plot twist or a solution to something I’m working on. I also do this while I’m taking a shower. You never know when inspiration will hit you, so I’m always prepared. I also always carry a small pad in my purse, I’m always watching and I find the most interesting characters and I want to make sure I remember them. I also eavesdrop when I’m in public, people really do say the most remarkable things.

THK: I do a lot of that stuff too. Ha. Ha. What is the hardest part of writing?

DE: I find it difficult to write the first page, my mind is whirling with so many ideas that it is important for me to be careful not to bombard the reader with too much information. The other thing that is a challenge for me is the synopsis. I know the whole story, the characters have become my friends, and to take all that information and put it in a few paragraphs is quite a challenge for me.

THK: I tend to avoid books that are too similar to what I write, but I love some good horror. What do you read for fun when you’re not writing?

DE: I have authors that are my favorite, but I try to read new writers. There are so many gems that just need to be recognized. I tend towards reading paranormal, thrillers, horror, and sci-fi.

THK: Any words of encouragement for unpublished writers? 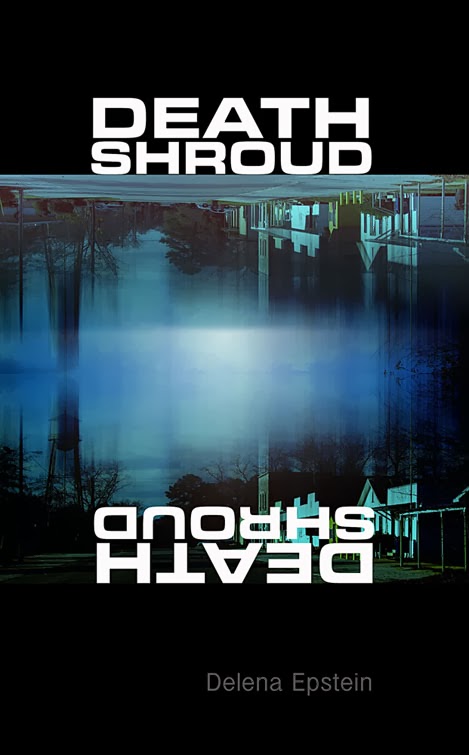 DE: Don’t give up and never let anyone discourage you. Hire a great editor. Your first few books may not sell many, but keep at it. Also, it may take you awhile to find your own voice but when you do the experience is exhilarating.

DE: I’d have to say vampires, because they are just so sensual and mysterious. I remember as a kid watching Dark Shadows and despite him being a very scary vampire, he appealed to me.

THK: If you could get away with anything (criminal or just plain silly) what would you do?

DE: Oh my, this does get my naughty side thinking. I’d like to have a costume designed with a sculptured face, something a bit racy, and go to comicon and let my personality run wild!

THK: Got any favorite recipes you’d like to share? I know lots of my readers (and myself) love to cook.

DE: Oh yes, one of my hobbies is cooking. I have a to die for Cheese Cake.

Thanks for being my guest today, Delena. :)

Here’s where you can find Delena online.

I'm working as fast as I can

I get a lot of emails asking about the next book in the Lilith series, and that's awesome. While I do my best to get back with everyone, I thought it might be easier if I answered some general questions here.

The Bleeding Heart, Book 6, is scheduled for release in October. I know it's a while to wait, but quality takes time. Self-publishing has a bad enough rap without me not giving a book the attention it deserves before I put it out for the public. The draft for this one is already finished, but I also have to wait for my editor to read it. We'll probably both read it several more times before it is released.

I'm currently working on the seventh and final book in the series, After Dark. I want to have time to finish the first draft of this book and read straight through books 6 and 7 to check for continuity. Since this will finish up the series, I want to be sure I don't leave anything out.

I have been writing this series off and on since 2006 and I want it to finish in the same spirit that it began. In order to do that, I need time.

I have other projects in the works. Plus, writing is my full-time job. I manage my own website as well as plan my marketing and other financial matters. That all takes time as well.

On a more personal note, I have been under a tremendous amount of stress. This also slows down the writing process because I don't want my stress level to interfere with the quality of my work. So, I keep taking a step back and making sure everything is what it should be. Today for example, has been horrible. This is the first I've gotten to sit down at the computer and it is nearly 5 p.m. Oh, and we've got company coming over later. That gives me exactly 2 hours to write something and (hopefully) get a shower.

My point is, I'm working as fast as I can and I do my best to write every day. I don't want people to think that I set a date in October just to be a dick. LOL I've got a lot of other things going on. Plus, I have this other thing called a life that I need to devote some more attention to. I've got a family and two dogs. There are many things that I'm responsible for and I try to do them all well.

I love these characters like another part of myself. So, when I take my time in finishing the series, it's not to piss anyone off, it's to give my friends the farewell that they deserve.