Taming the Alpha is up for pre-order 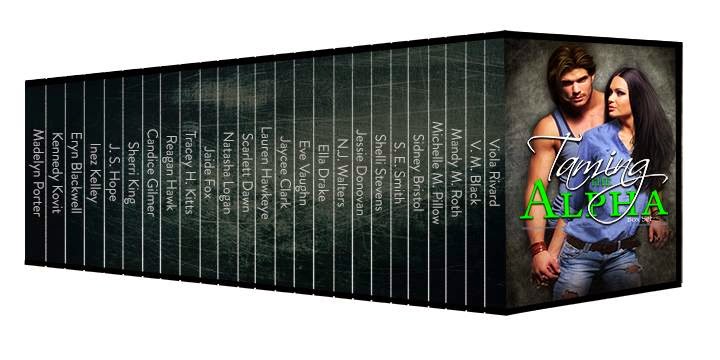 Featuring Tales from NYT, USA Today and National Bestselling Authors! Limited Time Boxed Set! When an alpha is too hot to handle, what's a girl to do? Simple...Tame the Alpha and make him purr. From deliciously sizzling contemporary bad boys, to pulse-tingling paranormal hotties, you're sure to fall in love and in lust with any or all of these alphas. Over twenty fabulous authors bring their A-game to tempt your every desire. Anthology Includes: Werewolves & Shifters, Demons & Devils, Paranormal & Urban, Military, Vampires, Genetic Engineering, Witches & Wizards, Contemporary, Special Forces, Dystopia, Romantic Comedy, Romantic Suspense, Special Forces, Dragons, Demons, Billionaires, Magic, Fantasy, Futuristics and so much more!Preorder Amazon US
For Amazon Non-Us Search the ASIN: B00PMG53UYMore Vendors Coming Soon!

Update: Here are links to the other vendors. :)

The unfortunate trend of snark

First, I am not a fan of snark. (If you couldn't tell that from the title. LOL) I do not think it is clever, or funny, or cute. I think it is rude, often bitchy, and downright hateful. Unfortunately, it also seems to get worse this time of year.

Why am I blogging about this exactly? Because it bothers me. I do not understand the need to be harsh to a complete stranger unless they did something to me personally. Or attacked someone I care about for no reason.

Here is an example.

I saw a woman walking down the sidewalk at a mall. She was wearing an outfit that I thought looked good, and she probably did too. Some snooty woman walked past her and said something to the effect of her outfit being a disgrace and she "shouldn't be allowed out in public."

I was stunned. I just stood there for a moment and starred. Then the woman on the receiving end of this started to cry. It broke my heart. Since I was right behind her on my way to the door anyway, I couldn't let it go. I told the snooty woman, "Why don't you do us all a favor, take your opinions, write them all down, and shove them up your ass. No one asked what you think!"

She looked pissed, but she left. The other woman thanked me and continued to cry. I asked, "Do you know her?"

She shook her head and said, "I've never seen her before in my life. Who does something like that?"

That is a very good question. Who does something like that to someone they don't even know? Not that knowing them would make it any better, but not knowing them sure does make it stranger.

Of course, this type of behavior is much more prevalent online. Most people who dish out what I call "Drive-by snark" or "Drive-by trolling" would never have the nerve to do this to someone in public. The internet gives anonymity to people who do this sort of thing for fun.

Being a public figure of any kind makes you more likely to have to deal with it too. I know authors who receive death threats in email because they didn't write a certain story the way someone thought it should go! (No, it wasn't me.) How insane is that?

I and many other authors have been the victim of overly personal and hateful reviews as well. Not liking something is one thing. Insulting the author or writing a deliberately ridiculous (for whatever reason) review is another.

It's difficult to imagine someone actually doing this sort of thing, but you'll find them everywhere. Regardless of topic, they are on many forums, all over Facebook, and of course, Goodreads.

People put this stuff out there on purpose, just to be hurtful. Just because they can.

Unfortunately, this is not real life. Well, it is, but not face to face, like the rude woman at the mall. If you voice an opinion here, you are "behaving badly." People form internet groups to organize attacks like this. Sounds unreal, doesn't it? It's true.

I'm getting sidetracked though. My point isn't to bitch about reviews. I wonder WHY people do this to each other. The example of reviews simply comes easily to me. By the way, I've had to stop reading reviews. I want to continue writing and that's what it takes for me. I had to shut that out of my life.

My point was, why do people treat each other so harshly over nothing at all. What purpose does that serve? It isn't funny. A human being with actual feelings is on the receiving end of that insult.

We've all been alive long enough to know that the world isn't full of sunshine and rainbows. No one expects that. However, there is a difference in giving an honest opinion and being an asshole.

Am I perfect? Certainly not. If someone pisses me off, they generally know about it. However, standing up for yourself isn't the same as lashing out for no reason. I do my best to treat other people as I would like to be treated. It may sound cheesy or cliche, but it's true. It is also a valuable lesson that many people seem to have never learned.

Here's one more thing to think about. Everyone you meet is struggling with something. It might be their job, or finances, or a kid on drugs, or a crazy ex, or their physical health. Whatever it is, we all have battles that we fight. Just because you see someone with a smile on their face doesn't mean that smile came easily. Many such expressions (when they are genuine) are hard won. Who are you to take away their bit of hard-earned happiness? And why would you do it? Simply because you can? If so, you are a miserable person.

For all we know, they might be contemplating suicide. Maybe that hateful comment was the last straw for them? If you think that example is too extreme, think of Robin Williams. He always put his best face forward and look at what he was clearly struggling with.

No matter what face they present to the world, everyone is struggling with something. I would hate to know that I spent my time tearing another person down when I could just as easily lift them up.

Upcoming books and a new series

As those who follow my posts on FB know, I've been really busy. Since several people have asked what exactly my schedule holds for the rest of this year, and the new year, I thought I'd give a quick update.

Taming the Alpha - December 2014 - I'm very excited to be a part of this anthology. There are lots of amazing authors in this, including Mandy M. Roth, and Michelle M. Pillow. My novella in this set is called Once Upon A Full Moon.

After Dark, Lilith Mercury Book 7 - This is the final book in the Lilith Mercury series. It's scheduled for release January 6, 2015 and is available for pre-order now.

Bound by Blood - This is the brand new series that I just finished writing.

This series still needs to go through edits, but here is the tentative release schedule.

The Eternal Kiss - This is currently part of a boxed set (Heaven to Hell) and will be released as a single short novella in April, 2015

Plus, I'm part of another (still kind of secret) series coming up next fall 2015. I can say that I will finally continue the story of Kurtis, the Dracula impersonator from Frank and The Werewolf Tamer. At least, that's the plan. This is still in the planning stages, so don't hold me to it.

I've written 5 books in just under 3 months. Yes, I'm tired. LOL As much as I love writing, I'm going to take a slight step back and focus a little more on me for a change. What does that mean? It means that I'm going to get back into a regular workout schedule, play some video games, and watch some movies on my list.

You may not realize (or maybe you do) how important this is for a writer. It's exciting to know that people want to read one book right after the other. But maintaining that kind of pace will drive you nuts, and quite possible shorten your lifespan from stress. LOL

Please know that I appreciate each and every one of you and I write as fast as I reasonable can. My wrists and hands hurt if I go faster physically than I do right now. Plus, I like to have time to let new ideas "percolate" for a while. I think it makes the characters and worlds more real when they finally make it onto paper.

I'll still be proofing and editing the stories mentioned above, plus sending them to my editor. So, I'm not on vacation or anything. I've just got to do my very best to rest my brain so that I can continue what I hope to be a long, productive, and successful career. :)

Having said that, I've already got a few ideas for another possible series. LOL